James Balog’s Extreme Ice Survey “is a voice for landscapes that would have no voice unless we gave them one” (Balog, About EIS). The project documents the shape-shifting nature of our earth, presenting a breathtaking and alarming insight into the reality of climate change. The photographic mission began in 2007, when Balog teamed up with scientists specializing in Arctic studies to take time-lapse photographs of specific geographical locations over extremely long periods of time. The team’s cameras set up on location to take photos all day, every day, for the past 11 years and ongoing. If we take a moment to think about this, we realize the number of photographs accumulated in the various settings at this moment is almost incomprehensible. The project creates an overwhelming body of evidence about the effects of global warming in especially at-risk areas, including Alaska, the Rocky Mountains, the high peaks of Bolivia, Nepal, northern and southern Greenland, Iceland, Austria, the Alps of France and Switzerland, and Antarctica. Each camera was set up to withstand the snowy, wet weather in the locations, and was successfully planted with strategic views of the morphing landscapes in question.  Extreme Ice Survey’s time-lapse videos are at the same time enthralling and terrifying to watch as one realizes that what you are watching is vanishing forever. They provide a visual shock that a single, still photograph could not convey. It is a story we need to witness to realize that the earth’s surface does not stand still.

Extreme Ice Survey’s images feature dramatic, rocky, icy landscapes in daylight and golden sunsets that illuminate the dynamic textures of the landscapes. Gray, baby blue, turquoise, and lavender emanate from the glaciers, icebergs, and bodies of water, which starkly contrast with the intermingling brown and black rocks and soil. With the calm photographs, the viewer can begin to sense the vastness of the

beautiful landscapes, but the dramatic collapsing of these glacial landscapes is devastating. As James Balog says, “I do think that our most dominant sensory apparatus is our vision. So when you can deliver an understanding of the reality of what’s going on through vision, rather than numbers or maps, that also has the unique ability to touch and influence people” (Harvey These Stunning Timelapse Photos May Just Convince You About Climate Change).

A particularly powerful and influential section of Extreme Ice Survey focuses on Alaska’s Mendenhall Glacier, which is currently experiencing a tremendous loss of mass. The time-lapse video reveals the gargantuan pieces breaking off and gradually melting away with each passing day. Within the video’s 58-second time frame, the Glacier retires by approximately 1800 feet! At the end of the video, a red outline—a color commonly used to signal danger—reflectively distinguishes between how the Glacier appeared before, and what now remains.

When James Balog and his team members appear in the photographs, the enormity of the ice masses juxtaposed with the ant-sized humans in the scene illustrates the unfathomable size of the formations in these areas.The effect is that we are shaken, and reminded of the paradox of how, while the colossal forces of nature are larger than we are, we are shamefully trumping those forces with man-made power. These photographs are a wake-up call: a call to action we must take to preserve the earth, its beauty, and its natural ability to sustain life, including our own. Extreme Ice Survey has captured examples of complete habitat and environmental decimation in only 11 years. What will we lose in the coming decade, and in the decade after that?

James Balog (b.1952, Danville, PA), photographer and environmental activist, speaks to us with a sense of urgency. Balog is the founder of the Earth Vision Institute, a philanthropic organization that educates the world about the rapid effects of climate change through an alliance between science and art, particularly in the forms of photography and documentary film. Developing out of this organization is the James Balog-led project Extreme Ice Survey, a photography initiative now spanning over 10 years. James Balog’s photography takes his audience into vast, hypnotizingly beautiful landscapes, and fills the viewer with a newfound awe and affection that encourages awareness and perhaps will ultimately lead to an attitude of stewardship towards these most vulnerable areas.

Balog’s deep passion for nature and travel became more and more evident during his undergraduate years at Boston College and during his graduate work in  geomorphology and geology at the University of Colorado. The camera became a faithful companion throughout his travels. He has published books of his photography on different climates and landscapes and life in those spaces, the most relevant to our Arctic exploration being 2012’s ICE: Portraits of Vanishing Glaciers. He is an editor of National Geographic Adventure, and his photography has also played a central role in film and television productions, such as a NOVA/PBS documentary. In 2014 his film Chasing Ice won the New and Documentary Emmy for Outstanding Nature Programming. 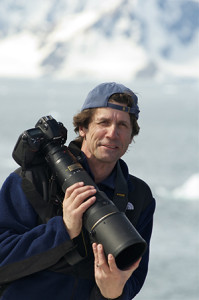 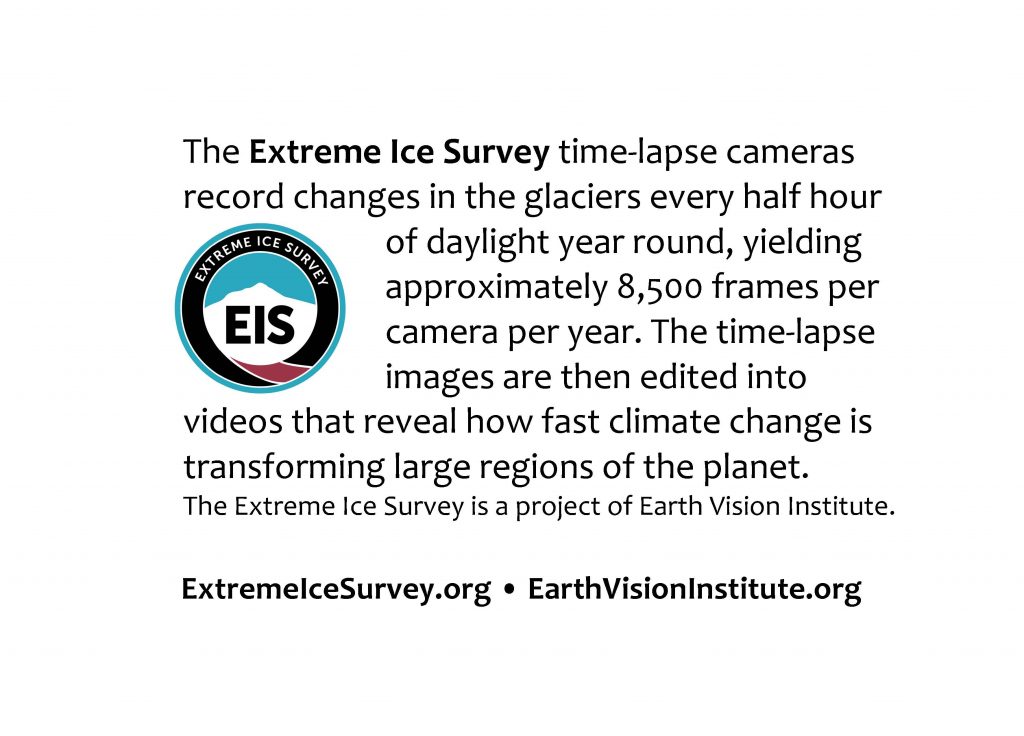 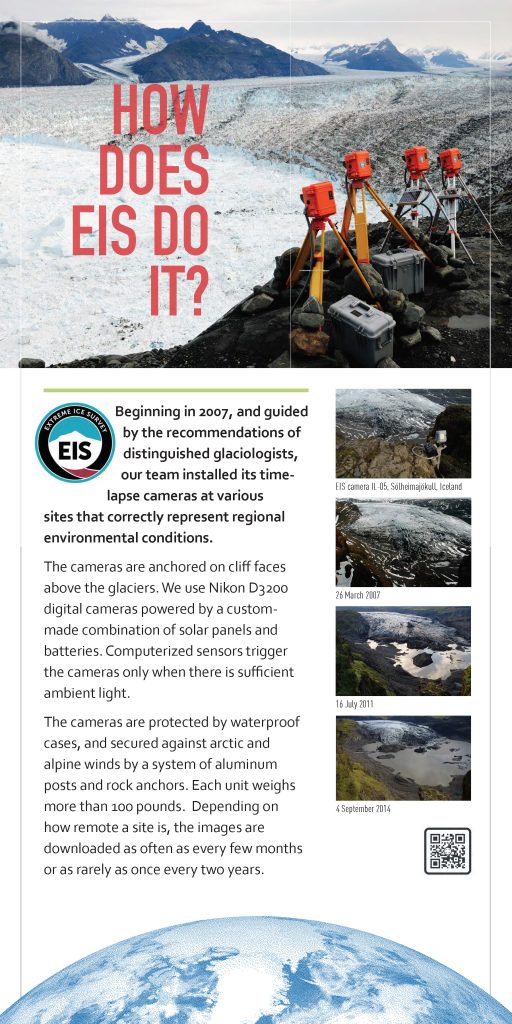