Peggy Weil’s video project, 88 Cores is a delicate visual descent deep into the layers of Greenland’s ice sheets. The installation is comprised of a 4 hour and 29 minute long video meant to be projected onto a wall in a room with minimal external luminescence. The ice core’s powerful blues and greens inundate the room and are the principal source of light in the installation. The resulting experience is one where the viewer is immersed within the deepest layers of the Arctic’s glaciers. The accompanying score, composed by Weil’s daughter and sound artist, Celia Hollander, contributes to the compelling, immersive, contemplative experience.

The idea for the project became possible with the help of a top-secret U.S government mission in the early nineteen-fifties. They launched a mission entitled “Project Iceworm” in order to build a network of nuclear missile launch stations underneath Greenland’s ice sheet – a permanent layer of ice covering an extensive portion of Greenland, in which ice accumulates every winter. The project faced innumerable challenges due to the lack of essential knowledge about the deep structures of glaciers and the necessary technological advancements to explore them. A team of scientists and engineers was commissioned to remove long cylinders of ice, known as cores, from the glaciers for further study. The cores found were made up of layers, and trapped within these layers are bubbles of gas, such as carbon dioxide (CO2) and methane. The further down the layers, the more ancient the samples of gas trapped within them. Researchers realized these pockets of air were an excellent insight into the atmosphere of the Earth year by year going back as late as one hundred and ten thousand years ago. The core was initially used to understand the temperatures of the past and the effects of human carbon dioxide emission into the atmosphere post Industrial Revolution. “Project Iceworm” was decommissioned at the end of the Cold War, as missiles launch stations became unnecessary.

However, the project funded American scientists’ research in the Arctic and over the past six decades the U.S government collected samples of ice cores that are now stored at the National Ice Core Laboratory, in Denver, managed by the United States Geological Survey. When Peggy Weil learned about the laboratory, she contacted Geoffrey Hargreaves, the lab’s curator. Not long afterward she found herself in a gigantic freezer (with temperatures around minus thirty-eight degrees Fahrenheit) and with the help of the lab’s assistant loaded up a cart with canisters, each containing a small segment of a two-mile long core from Greenland’s ice sheet.

She placed each canister containing the core fragments into a cylindrical scanner and photographed them in high resolution. She photographed eighty-eight cores, top to bottom. She animated the photographs in a four hour and twenty-nine minute video which was designed to be a large, immersive projection. Each core segment showcased is different and contains its own history. Some parts have a blue-gray cast, others a sea-green color. Some are fragmented and others have a black pigment within them, which is a layer of volcanic ash dating back fifty thousand years.

When Weil first had the idea for the project, she wanted to create a video that showcased all of the core’s more than three thousand segments. The video would have lasted seven days. Therefore she picked the segments that were most significant and representative of its era, starting at the top of the core with the youngest ice and ending at the bottom with the deepest ice that froze over one hundred and ten thousand years ago.

Weil’s video installation was the highlight of the second part of the inaugural exhibition In Human Times at the newly formed Climate Museum in partnership with Parson’s School of Design at The New School, in January 2018. 88 Cores was also installed at the United Nations on September 10th, 2018 to accompany the Secretary General’s address on climate change.

Ice cores are now considered some of the best evidences of climate change. 88 Cores presents their history with sensible beauty, reminding us that time is running out to preserve them.

by Rebeca Castilho at Fordham University

Peggy Weil is a visual artist whose works explore our relationship to rapidly evolving technologies and sociopolitical landscapes. Her work is multidisciplinary and involves the utilization of digital media, social media, VR, games, large-scale video projections, and prints in order to provoke conversations on socially conscious issues. A testament to it is her twitter feed (@peggyweil), which is filled with provocative, edgy and often humorous comments about the current administration’s apathy towards climate change, the misrepresentation of sexual violence against women on TV, and related political events.

A graduate from Harvard University and MIT’s Media Lab, Weil currently lectures at the USC’s School of Cinematic Arts and is a curatorial advisor at the LACMA Art+ Technology Lab, where she curates ongoing guest lectures on art and technology. Her extensive training in new media, design, film, and technological development combined with her growing interest in de-mystifying climate change has allowed her to develop such projects as UnderLA in 2016.

In collaboration with Turkish artist Refik Anadol, we are taken on a visual descent into the Los Angeles intricate and delicate aquifer system, marked by drought, and with the intent to showcase its vulnerability and beauty. The artists digitally processed and animated individual photographs to produce two twenty-seven minute long scrolling down videos to be monumentally projected onto the banks of the Los Angeles river. This project showcases Weil’s interest in environmental concerns and her ability to sensibly photograph and illustrate what lays underneath the surface of our perception. It marks literally and figuratively her role as an underground agent for climate change.

Her additional works have been exhibited and presented at academic, industry, and art venues internationally including LACMA 3D: Double Vision, The Climate Museum at the Sheila S Johnson Gallery at Parsons, MMOMA (Moscow Museum of Modern Art), LABoral in Gijon, Spain, PrintScreen in Tel Aviv, MIPDOC and MIPTV in Cannes, PICNIC Amsterdam, among many others. 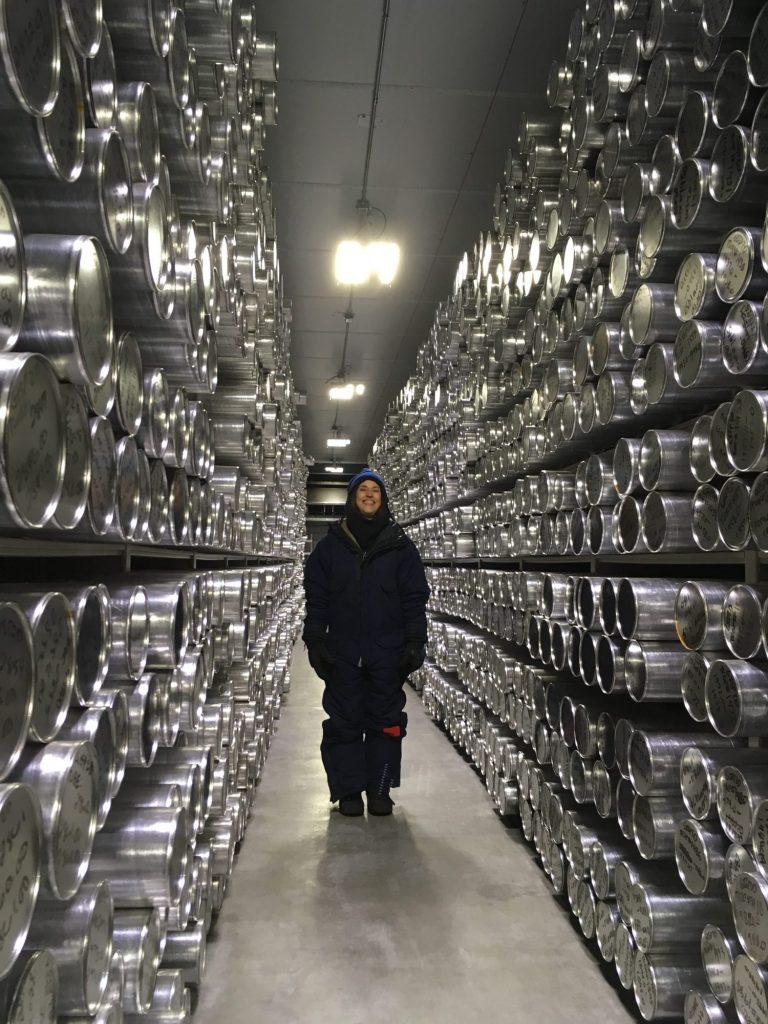